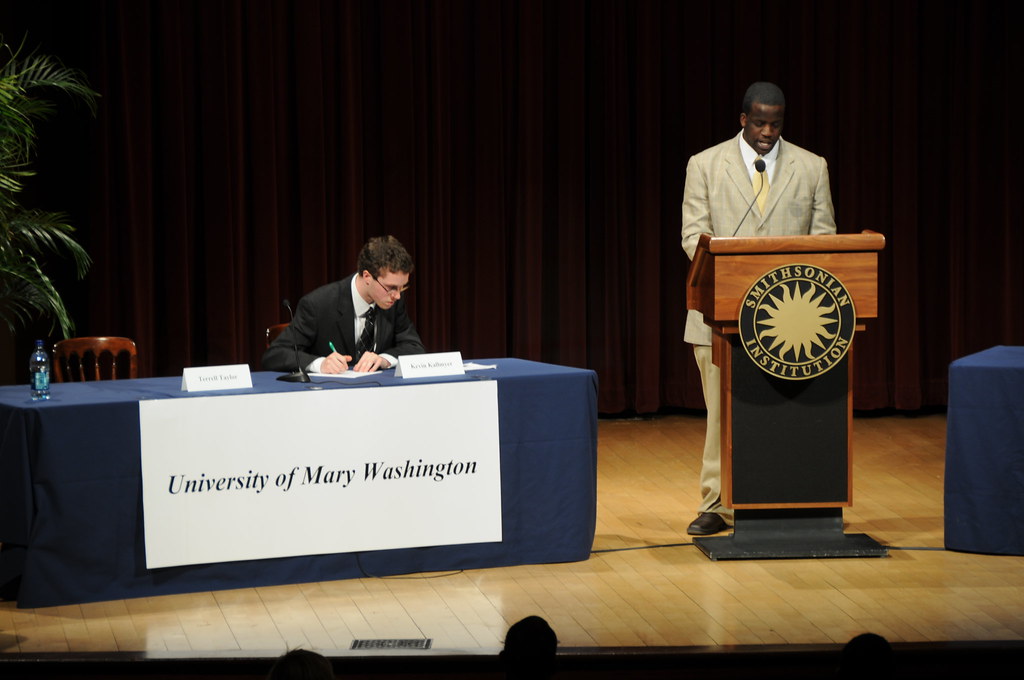 Well, don’t beat yourself up over it because professors Anand Rao and Tim O’Donnell made sure they thoroughly documented the occasion with some awesome images, as well as video recordings of all three debates. You can find all these resources on the site they created for the event here. More specifically, if you are interested in watching the debate between Mary Washington’s finest and the University of Southern California you can find it here, and we even embedded it below for good measure. 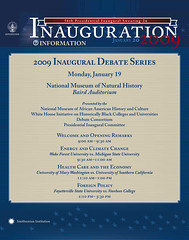 On January 19, 2009, which is both Martin Luther King Jr. day as well as the eve of the Inauguration of America’s 44th President, UMW’s nationally recognized Debate Team–lead by the fearless prof. Tim O’Donnell—will be part of a landmark Inaugural Debate Series sponsored by the Smithsonian Institution’s National Museum of African American History and Culture. At 11:30 a.m. UMW debaters will be facing off against the University of Southern California debate team on the priorities of the next administration, more specifically on the the topics of health care and the economy–should be a doozy!